← more from
Cadillac Records
Get fresh music recommendations delivered to your inbox every Friday.
We've updated our Terms of Use. You can review the changes here. 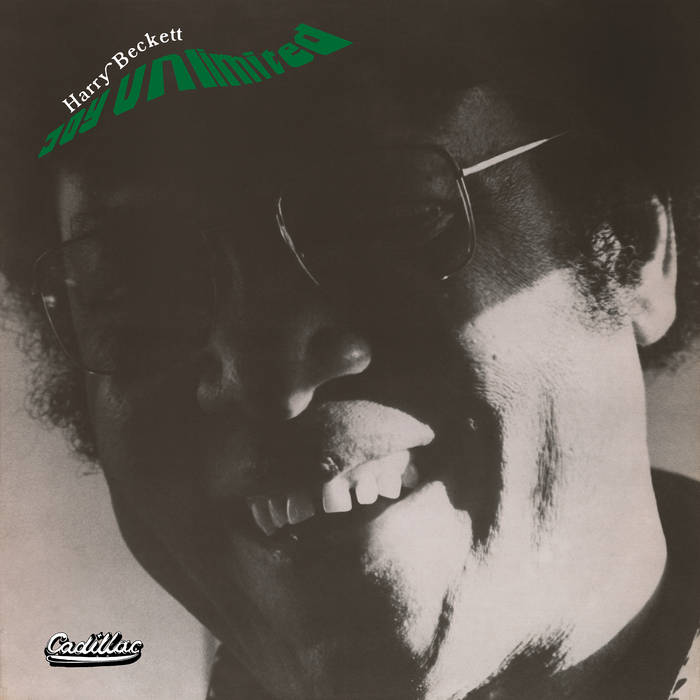 Awad rhythms of gold, this is timeless music Favorite track: Ring Within Rings.

It’s been a real Joy to bring this long-lost classic back to life. There’s not much more can be said about Harry’s beautiful talent. He lifted the atmosphere wherever he played and was a gentleman, always softly spoken, but a presence in the room. I remember, as a callow youth, interviewing him for a sleeve note in the basement of Mole Jazz. He was thoughtful, listened to my questions and answered with a civility and intelligence they barely deserved. I’ve always thought Joy Unlimited one of his best albums. In fact, one of the best British jazz albums of the 70s, and one of the finest jazz rock albums full stop. It has never been reissued, and never released on CD or digitally, so this is an opportunity for the world to
hear what a great player and composer Harry was. It will bring you joy-joy unlimited.
Harry died 22 July 2010, ten years ago. We’d like to celebrate his life and dedicate this release to one of the finest black British artists of his generation.

Harold Beckett, born Barbados, May 1935. Died July 22, 2010. From 1954
Harry Beckett was a major figure on the British jazz scene and one of the most highly regarded trumpet/flugelhorn players. In 1961 Charles Mingus chose Harry to play in his band.
In 1972 Beckett won the Melody Maker jazz Poll. Harry's inventive and very personal playing featured in the best bands of the 60s, 70s and 80s. ... more

Bandcamp Daily  your guide to the world of Bandcamp

Alex Rita and Errol from Touching Bass feature in our special London edition of the Bandcamp Weekly.